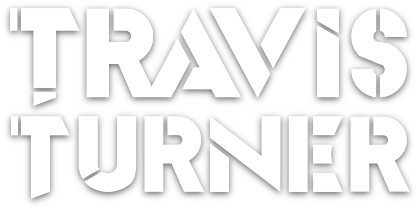 T- Travis Turner is an artist of rich talent and feverish motivation. His résumé is sterling. With disarming charm, sharp wit, and torrid energy, he captivates and moves crowds. In the Vancouver music and film scenes, he’s built a rock-solid profile. In the streets they shout his name. If you haven’t yet witnessed the man’s presence and ability, you will very soon. T's star has risen.


Over years of honing his musical craft, he has gathered a following, performing with acts like Macklemore, B-Real, Warren G, Lil’ Kim, D12, Hopsin, The Beatnuts, R.A. The Rugged Man, Swollen Members, , Moka Only, Luckyiam, Kyprios and Shamik. In the EDM scene live he has rocked with The Funk Hunters, Average Gypsy, WMN Studies and hosted electronic Festivals with world-renowned DJ's like Giom.


T’s trademark honesty and playful lyrics flow smooth and steady on “Back to The Basics” with acts like Moka Only, David Morin, and the late Randy Ponzio.


It is now time that T has gone LEGIT. This Fall his album will feature the talents of Snoop Dogg, Isomers, and Tiago Vasquez on vocals. Combined with the skills of producer/songwriter Ian Somers (Limblifter, Brundlefly, Love and Mathematics), T’s unique style is amplified to the next level. The ten song LP was recorded at Greenhouse Studios/Rec Room, engineered by Ryan Dahle(Limblifter,Age Of Electric, Mounties), mixed by Konrad Czaplak and mastered by Ovi Productions in the CBC facilities. Legit blends the new flows with classic timeless tracks and primo production that is sure to make waves.


Turner has Featured on film an tv such as: Supernatural, Marley and Me 2, Some Assembly Required and Fairly Odd Christmas. Catch him as the voice on animations such as  Lui Shirasagi in Beyblade Burst. The Littlest Pet Shop as the DJ/ Rapper Trip Hamston, and Ice Man in MegaMan Fully Charged.

Enter your email address below to get exclusive updates and stay on top of everything Travis!
Copyright © 2022 ttravisturner.com